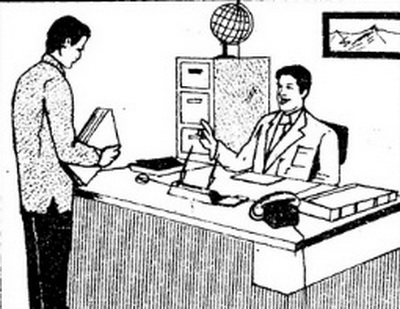 Success entirely and completely depends on your will and mental attitude. Positive attitude produces results that literally seem magical. What you earnestly and intensely desire, you are bound to acquire. You must however, distinguish between a strong will and a feeble wish. A wish, want or desire which is backed by firm faith, determination, urge and effort becomes a strong will. The strong will is essential for success because it keeps negative thoughts away from your mind and prevents you from indulging in negative actions. To accomplish anything significant, you must believe that you can do it. You have to develop your confidence by getting a positive attitude into your conscious, sub-conscious as well as unconscious mind. The conscious mind is conditioned by deliberate efforts. A subconscious mind is made to work by suggestions respected over and over again. An unconscious mind is made to play its part by habit o repetitive action. To succeed you must train your unconscious mind to act in a positive manner. In other words, positive thinking and acting must come to you automatically. You can accomplish this by directing your thoughts on the positive channels in the beginning stages through your conscious and subconscious mind levels.

Before you proceed on the positive lines towards your success goal you must also make sure that you are not inhibited and handicapped by negative thoughts and pessimistic attitudes. It may be worthwhile to expose yourself to a personal but objective test to find out your present psychological attitude and levels. You know very well that it will help you to accomplish whatever you desire. If you start with a clean slate instead of beginning with definite drawbacks Negative habits and thinking are serious drawbacks. In case they are present. You should get rid of them at once and then proceed to replace them with positive attitudes and habits. The experiment is quite simple. Observe the picture given below for half a minute and no more. Then close the book and write a brief story, relating it to the scene you saw in the picture. Then read the stories written by others in a laboratory test and the expert comments given on them. It will help you to understand your own mental attitude and also your present personality buildup. You can then put your plus points to the best advantage. The negative traits if any, should be shed at any cost. With a will, effort and positive attitude, you will invariably. Succeed.

In the picture, Azhar is seen facing an interview Board. He is a candidate for CSS (Central Superior Services). He is a graduate. He has thoroughly prepared for the CSS. By virtue of his intelligence and labor, he has qualified in the written examination. He is a self- reliant man who feels confident in his success. He wears a smile of confidence, as he answers the volley of questions showered on him. He is a self-made man. His father had died, when he was hardly two years old. So life had been a series of struggles for him, But since he bore the hardships of life with fortitude, he has build self- confidence in himself. When a member asked him whether he saw some chances of his success he retorted that his honest labor had given him a feeling of triumph. He had prepared for himself some of the questions and had well thought of suitable answers. Fortunately for him, more or less the same questions are put to him. And, he emerges victories.

The candidate is industrious and hard-working. He has a positive outlook and confidence in his ability. He appears to have had a tough early life and this weighs on him to some extent. He is anxious to succeed in life. Although assailed by anxiety which is natural, he is hopeful of succeeding in his efforts. Selected

In the picture, Jamal is appearing before an Interview Board. He wears a smile, as he talks. He is an ambitious young man who wishes to make his career through a competitive examination. He has qualified in the written test of the CSS. Examination and has appeared before the Board for an interview. He hopes to be selected and consequently appointed as an Officer of the Government of Pakistan He dreams of wielding authority, as a great man of influence and position. He wonders whether he can make the grade. He answers the questions but thinks that the Board might expect more.

The individual appears (0 be rather mild and he is not sure of the outcome of the result. He is assailed by doubts and hesitates to make a decision. He is not able to give bold and definite answers when confronted with alternatives. His ambition is somewhat weak us ii is not backed by determination and sustained effort. He attempts a job in a half-hearted manner. Rejected.

Saeed is cheerful. The active and enterprising young man who has recently ’qualified as an engineer with remarkable distinction. His hobby is to develop new gadgets and he has quite a few inventions to his credit. in the picture, he is being interviewed by the Board of Directors of a leading firm in Pakistan, who wants to take him as a junior executive. The chairman and other members ask several questions and Saeed answers them with the case, confidence, and imagination. He warms up when they ask him about his bobby and the inventions he has made. The Board finds him to be a brilliant and gifted engineer who has all the essential traits of leadership. Saeed is selected and is sent abroad for special training. There also Saeed acquits himself with great credit. He proves to be a great asset to his firm and the country. Many of his inventions help to save valuable foreign exchange for Pakistan.

This story depicts the mind of an intelligent and gifted individual. The hero is not only brilliant academically but shines very well in the practical field also. He is confident and forceful. We see a positive outlook on his part. The story opens on a confident note avid the ending conveys hope and accomplishment. The individual faces an Interview Board with great assurance and gives answers in an interesting manner with enthusiasm and imagination. He has been able to sell himself and his ideas with the absolute case. We also notice a consistency in his performance. The identification of the individual in relation to society and country also deserves special notice. The individual while, benefiting himself i1so benefits his community and his nation. Above all, the pen picture reveals good general awareness of the candidate. He is keeping himself well informed of the current events and the urgent requirements of his country There is originality sense of purpose. Concrete action and surging optimism in the presentation of the candidate. Selected.